To be successful, one must have more than a vision...
one must have a voice.
Strategic communications, issue management & public affairs to ensure your voice is heard.

Our team has a proven track record of implementing strategic communications and public affairs solutions to help you navigate the most challenging business and public policy environments. We will bring the knowledge, experience and commitment to reach our clients’ target audiences and achieve your communications goals.

There are many reasons to communicate – getting attention, deflecting attention, creating a buzz, promoting action, building movement, informing, engaging and even inspiring. In today’s fast-paced, high priority, microwave – yet results-oriented – society, it’s vital to have effective communication that is both proactive and reactive. Homeyer Strategy Group specializes in formulating strategies that will provide the key ingredients for a successful communications push.

Right out of the box – with out-of-the-box thinking – capabilities. Homeyer Strategy Group delivers results. Oh sure! You’ve heard that before and even if it is true, what does that mean to the success of your communications?

Simply put – everything! At the end of the day, that’s all that really matter your communications objectives and problems solved, handled, put to bed, put out to pasture, with the cows coming home and the birds coming home to roost, turn out the lights, the party is over -complete and successful. So, if you are looking for the same old tired, boring, dry as dust firm, that will toss out a cliché at the drop of a hat, a one-size-fits-all group, we’re probably not a good fit for you. Turns out, we’ve already had our fill of those groups, and the thing is, you probably have too.

On the other hand, if you are ready to communicate, engage, and build relationships with key influencers and stakeholders, it’s time to partner with HSG. We can’t wait to work with you!

a full complement of services

With a full complement of services, Homeyer Strategy Group assists our clients in developing new methods of finding success by customizing strategic, integrated and targeted communications and public affairs programs. We help corporate, non-profit and governmental clients mesh their goals with the expectations of multiple audiences, such as policymakers, voters, customers, shareholders, employees and community leaders. 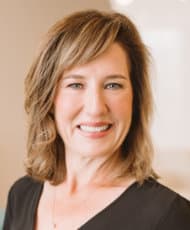 Called upon by Foundation Founder South Carolina Governor Nikki Haley in 2011, Wendy translated the Governor’s vision of a foundation into a reality. Serving as a catalyst for change by uniting public, private and civic leaders and resources to identify and address the challenging issues facing South Carolina’s communities, The Original Six Foundation assisted four communities and thousands of individuals under Wendy’s leadership.

Wendy has led the National Federation of Independent Businesses, serving as the “voice of small business” for more than 5,000 small businesses in South Carolina. Furthermore, she started two not-for-profit groups with policy leaders to encourage South Carolina’s economic growth.

Before coming home to South Carolina, Wendy worked at the White House in the George W. Bush Administration where she became a member of the President George W. Bush’s communications staff, which included being a part of the national and international teams that crafted a response to the September 11 terror attacks.

Raised in Greenville, S.C., Wendy holds two degrees from the University of South Carolina – a Bachelor of Science in business administration and an MBA. Wendy lives in Columbia, S.C. with her husband and two daughters. 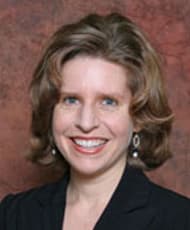 Trisha is a corporate communications and marketing strategist with 20-plus years of experience, working with those at the highest levels of business and government. A few of her areas of expertise include message and content development, strategic planning, writing/research, media relations, crisis communications, and stakeholder relations.

Her clients have included numerous state-level elected officials on both sides of the aisle, as well as multi-national corporations, small businesses, universities, economic development groups and non-profits, along with a host of other organizations. Over the years, she has become a go-to writer and strategist for leaders wanting to expand their influence or facing sticky situations.

Trisha has served as the communications point person for the University of South Carolina’s Office of Research and as managing editor for two major economic development publications, Southern Business and Development and SC Commerce. She also co-authored a book on the South’s economic rise, The Southern Advantage.

Combining her passions for economic development, public policy and communications, Trisha worked in marketing and communications for the SC Department of Commerce, where she served as liaison to the governor’s office during three administrations. She also has helped lead two political action committees.

A Professional Writing and Marketing graduate of Baylor University, Trisha lives in the Charlotte, N.C. area with her husband and two sons.